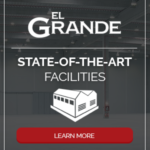 Today, countries across the globe are looking to Mexico for their flourishing auto part production industry. According to the National Auto Parts Industry (INA), Mexico ranks as the sixth most successful country in terms of the production of auto parts, while also manufacturing over 3 million cars every year.

In terms of total vehicles produced annually, Mexico ranks as the 7th most productive vehicle manufacturer across the globe. Mexico does well in all sectors of the industry and each year rakes in $85 Billion USD in auto manufacturing revenue.

As per the National Trade Administration, the number of parts being exported from Mexico increases by the billions every single year. In 2009, sales were at over $42B but by 2015 that value had reached $85B USD.

There are a variety of reasons why automotive part production in Mexico does so well. The country’s workforce has many years of experience and has developed the specific technologies needed to produce vehicles and parts cost-effectively while not jeopardizing product quality.

Mexico’s industry is interdependent on that of the exports of other countries as well. The multiple free trade agreements that the country has with other countries such as the U.S. and Canada (NAFTA), Latin American countries and European countries make importing/exporting processes easier. The country also recently signed the Comprehensive and Progressive Trans-Pacific Partnership.

Reports of current market trends reveal that over 40 brands have established a presence in the country, creating 500 various vehicle models. Internal automotive sales have also created a demand for more automotive parts and even aftermarket parts.

The United States benefits greatly from trading with Mexico and Canada. According to Top Market Reports of Automotive Parts, the U.S. made over $30B USD exporting parts to Mexico in 2015.

As per Econofact, three-fourths of all foreign parts used to make vehicles in Mexico for export to the U.S. are made from parts originally made in the U.S.

The Growing Role of Mexico in the North American Automotive Industry provides the following statistics on imports and exports between the U.S. and Mexico in 2015.

The article lists the Top 5 Auto Part Imports to Mexico from the US:

Additionally, the article provides The Top 5 Auto Part Imports to the US from Mexico:

Noticeably, there are a number of manufacturing opportunities already available in Mexico, as well as for American companies who may be eager to lower their overhead.

Are you ready to expand your automotive manufacturing company into Mexico? Let El Grande Group get you off the ground in less than 90 days. Contact our international manufacturing experts today at 1-646-300-9401 to find out how we can help you improve sales and grow your company.