Mexico: the Most Competitive Economy in Latin America 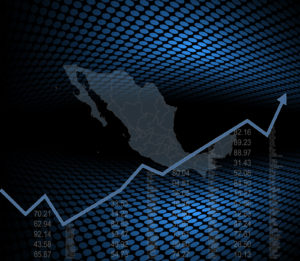 Mexico is the only country in Latin America that has improved its competitiveness since 2010, according to the “Foreign Trade Monitor 2017” published by the Inter-American Development Bank (IDB).

Mexico’s exports have diversified and the country has benefited greatly from its manufacturing sectors – in which the automotive industry stands out. Over 4 million vehicles were manufactured last year, according to information from the International Organization of Automobile Manufacturers (OICA), which places Mexico as the seventh largest automotive manufacturer in the world – a title now held for a fourth consecutive year!

“In terms of exports, Mexico makes up almost half of the exports of Latin America, increasing by 7% the total supply placed in international markets and of which 87% is destined for the United States, the natural market of Mexico,” says Giovanni Reyes in the Portafolio Magazine.

Latin America’s economy has grown slowly, with the exception of Mexico, “The only country where today’s growth is stronger than what we predicted is Mexico, which seems to be leaving behind the uncertainty of the policies related to the United States and is seeing a profile of more balanced growth, “said Rafael de la Fuente, an economist at Swiss bank UBS. 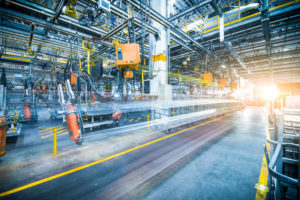 And it’s no wonder, the Mexican economy has had a 2% growth rate during the last 20 quarters, a figure surpassed only by emerging countries in Asia. Mexico is only behind China, India, and Indonesia in terms of growth. Mexico’s economic well-being is also compared to that of countries like Chile and Costa Rica, which have a smaller population, said Alfredo Miranda López, general director of IESDE School of Management.

If you are thinking of moving your business operations to Latin America, Mexico is the most competitive country to do so. Join the fourth fastest growing country in the world, learn more of its qualified workforce, its low operating costs, the government incentives offered to the investor, its internal market, among many other things that will make your business a success.

Mexico, with its large and prosperous manufacturing sector, offers foreign investors the opportunity to generate returns quickly. El Grande Group, with its group of experts, will help you expand your commercial operations to Mexico and facilitate the growth of your sales.

Mexico: the Most Competitive Economy in Latin America